Three independent MPs who could become kingmakers in the event of a hung parliament have put climate change, and “future-proofing” the environment and economy, at the forefront of their agenda. Sydney’s Alex Greenwich, Lake Macquarie’s Greg Piper and Wagga Wagga’s Joe McGirr joined forces on Friday to call on the two major parties to commit to a 10-year adjustment strategy for coalmining communities, “backed by substantial financial resources to affected regions”.

“A transition away from coal is what the planet urgently needs but it requires planning to avoid social and economic impacts in mining regions,” they wrote in a letter to the New South Wales premier and opposition leader.

Polls have consistently suggested the main parties are locked in a dead heat, and a Coalition minority government is widely regarded as a likely outcome of the 23 March election.

Greenwich said that whatever the outcome, he would work with either of the major parties to deliver his priorities, with a strong focus on climate change and homelessness. 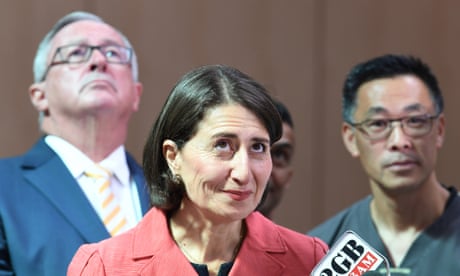 The Coalition has a six-seat majority in the lower house, and it holds six seats on margins of 3.2% or less. Polls have predicted a swing of between 4% and 5%.

“A swing between 3.2% and 6.7% would most likely produce minority government, but leave the Coalition with more seats than Labor,” according to ABC election analyst Antony Green, though he has noted the election is very difficult to predict given the number of very close, three-cornered contests.