The kingmaker? How Greg Piper could decide the 2019 NSW election

On a scraggly, out-of-the way property near an industrial lot in Morisset on the New South Wales central coast, the independent MP for Lake Macquarie, Greg Piper, is tending to his bees.

A self-described left-leaning pragmatist who won the seat in 2007 campaigning against a proposal for an open-cut coal mine in the electorate, Piper may have a profound influence on the state’s politics after 23 March if polls suggesting the likelihood of a minority government prove correct.

As he inspects the frames of his hive, a haze of smoke-dazed bees humming around him, Piper is typically blunt about his assessment of both major parties.

“You can’t escape from the fact that the [Coalition] government is in decline,” he says. “But in saying that, I have not forgotten or forgiven Labor for the most abysmal, incompetent, and actually morally corrupt four years from 2007 to 2011.”

The central coast – a nebulous, ill-defined collection of beachside towns, unremarkable suburban sprawl and struggling mid-tier cities – holds an outsized place in the sleazier side of Australia’s political lore.

It’s home to Iguana-gate, to Eddie Obeid’s infamous sub-faction of the NSW Labor right the Terrigals, to Craig Thomson and his credit card, Chris Hartcher, and even back to Gough Whitlam and the infamous horizontally patterned 1975 ALP conference.

This year it is also shaping as a microcosm for an election which strategists say is “all about anxiety”, and where the competing narratives of urban revitalisation and concerns about overdevelopment promise to play out at the ballot box.

“Think about it, you’ve got a large cohort of people who made the conscious decision that in their lifetime they will never be able to afford a house in Sydney, they want to start a family so they move up to the coast,” one Liberal party strategist says.

Gosford – about an hour-and-a-half north of Sydney and the unofficial capital of the central coast – has long had a reputation for unrealised potential.

Despite a long list of government plans to revitalise the city, the city’s main streets are still well populated by empty shops with for lease signs, and the sprawling nature of the region means public transport takes a back seat to cars.

Liesl Tesch, the Labor MP for Gosford who has held the seat on a 12.5% margin since a byelection in 2017, offers a familiar narrative of urban decline.

“Gosford is like Newcastle was, and like a lot of regional cities really, that have possibly lost their momentum when the big shopping centres have arrived on the edge of town and taken the wind out of the old city centres,” she says.

“There’s lots of empty shops, and the city hasn’t had that much vibrancy or people moving through it. When there’s no real need to come into the city it becomes a commuting hub and a hospital precinct.”

There is some cause for optimism, however. Developers such as AFR rich lister Tony Denny have invested millions in residential development applications, and the Coalition government says its proposed revitalisation of the city’s CBD is spurring growth.

In February, the minister for planning, Anthony Roberts, was in the city talking up a “surge in investor confidence in Gosford” as a result of the plan.

But that development comes with its own voter cost. In Gosford, new residential developments could add thousands of new properties in the coming years, leading to warnings about overdevelopment.

There has also been a change in the look of the central coast suburbs – old fibro blocks demolished and replaced with new gun barrel properties or town houses.

Sharryn Brownlee, the president of the Central Coast P&C, has been vocal in her concerns around school capacity in the city. Gosford public school is already at capacity, with little scope for expansion because of the site location, she says.

“The children already have no real outdoor playground, and there’s really no evidence that the one school will be enough when people start moving into these new developments,” she says.

For Tesch, it’s a balancing act between acknowledging those concerns without giving into nimbyism.

“We’ve definitely seen a growth in population as the housing prices in Sydney forced people north and that puts more pressure on our finite train system and our parking capacity,” she says.

“It’s certainly something we have to be mindful of. We can’t stop people moving into the community, but I do get concerned when I see seven-unit blocks without an iota of grass. Really what we need to see is development, but development that is mindful and respectful of the area in which we live.”

At this election the central coast is a potential kingmaker. Seeking a third term in office, the Coalition needs to lose only six seats – a uniform swing of 3.2% – to lose its majority, while Labor would need to pick up 13 to take power outright, meaning a minority government looms as a distinct possibility.

That would make Greg Piper one of only a few independent MPs wielding the balance of power. The Lake Macquarie MP says he is not focusing on that possibility – he wants to make sure he is returned for a fourth term first – but is typically straightforward in accepting the reality of his potential for increased sway.

“Look, generally speaking, as it was in 1991 with [former NSW premier Nick] Greiner, you’d have to look to which of the parties had the largest outright vote,” he says.

“If one of those were anathema to you and they had the most grotesque policies, then you could probably start talking about cobbling together something with the minority party.

“But in NSW I can’t imagine you’d get a government that was a coalescence of a bunch of different parties. It gets really messy. So I think you have to wait and see what happens as to who has the largest outright vote.”

It’s the kind of practical approach to problems Piper has become known for during his 12 years sitting on the crossbench in Macquarie Street.

And it’s a strategy which has paid dividends for his electorate. Piper has proved an effective local member – winning unglamorous but important funding for, among other things, a sewerage network for Wyee. 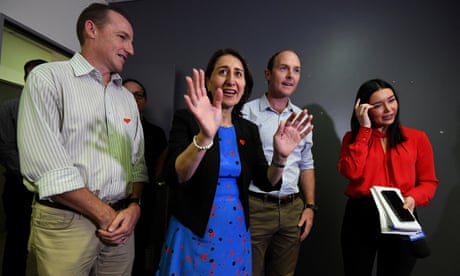 At the same time he has turned Lake Macquarie from a dynastic Labor stronghold mostly impervious to challenge into a likely safe independent hold.

Neither party is expected to offer significant challenge to Piper, with both Labor and Liberal sources privately conceding it’s not in their interest to run a strong – but likely unsuccessful – campaign against a man who could wield the balance of power after March.

“No one wants to piss him off,” one Labor insider says.

Similarly, the Liberals are sweating on keeping Piper onside in case his vote becomes crucial.

“Greg’s a smart guy, a decent guy, and he might just do what he thinks is right for the state, which makes him difficult to predict,” a Liberal strategist says.

Of the remaining four seats – Wyong, Gosford, The Entrance and Terrigal – only the latter is held by the Liberals.

They briefly held the other three as they swept to power in 2011. But The Entrance and Wyong swiftly went back to Labor after the sitting Liberal MPs were swept up in the Independent Commission Against Corruption’s investigation into prohibited donations before that election. 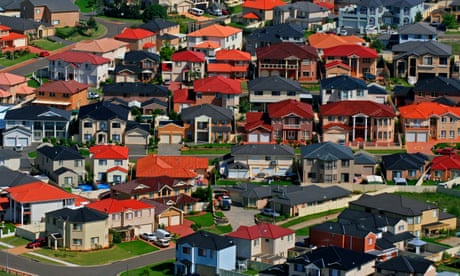 Now only The Entrance is marginal, held by Labor’s David Mehan on a wafer thin margin. But while the seat will be targeted by a Coalition government desperate to offset the likely loss of seats elsewhere in the state, party strategists are circumspect about the prospect of taking it back against the backdrop of what polling suggests could be a swing of more than 4% against the government.

“He [Mehan] is one of those local members who does their job at home,” one Liberal insider says.

“It might look vulnerable, but I don’t think anyone on my side credibly thinks it can be won.”